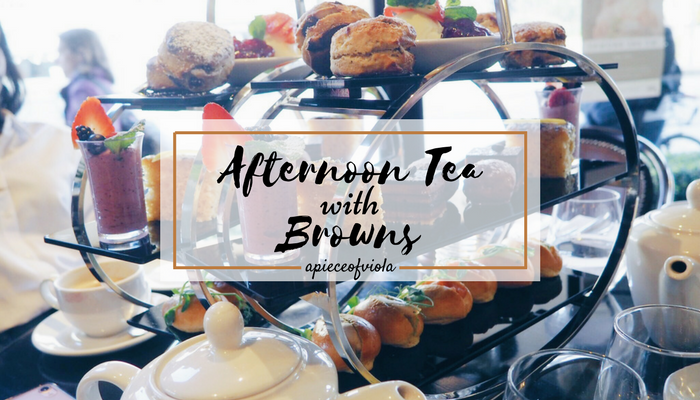 Picture this: you’re a student {and a broke student at that}. You’re completely and utterly stressed out. You just want to chill out and drink tea. And cake. You definitely want to eat cake.

Got that image in your head? Right… well this was me a couple of weeks ago. I was seriously ready for the term to just be over and I really wanted a getaway. If you’re new to this blog then you’re probably unaware of how much I adore afternoon tea (you only need to mention the word ‘scone’ and I’m there).

Browns is a well-known and established brasserie around the UK but I didn’t realise until recently that there was one in my university city of Oxford. With an afternoon tea for four booked for the last Thursday of term, my spirits were raised. There was something to look forward to after ploughing through the final Aeneid essay. 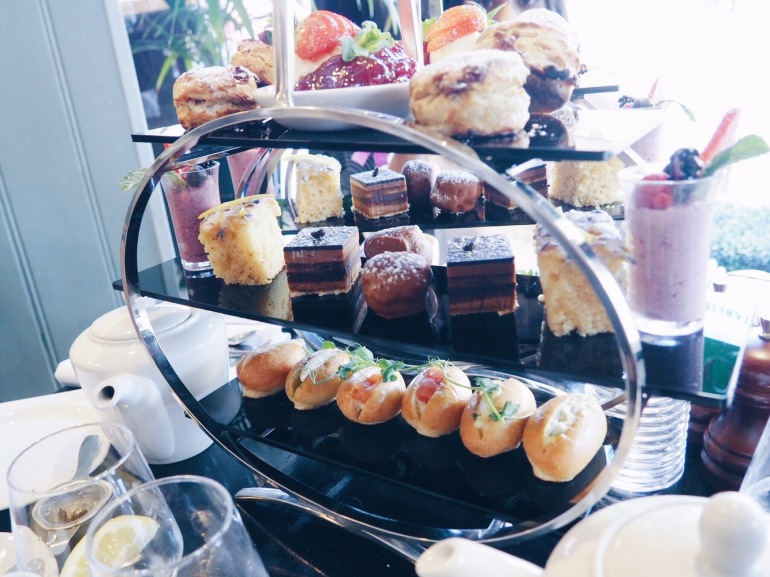 Thursday rolled around eventually (boy was I excited) and Charithra, Julia and Lucy and I headed to Browns’ Oxford restaurant. What I like about the Browns here is that it’s easily accessible from the centre of town (it only took us a 15 minute walk from college), but it’s also far out enough to feel as though you’re not in Oxford.

We were greeted by two friendly waitresses who promptly showed us to our seats and took our orders for tea. Can you guess my order? 😉 {*whispers* Earl Grey, of course}

About twenty-five minutes later we were presented with two of these absolutely gorgeous stands. We were walked through each tier and told about everything that was on the stand… 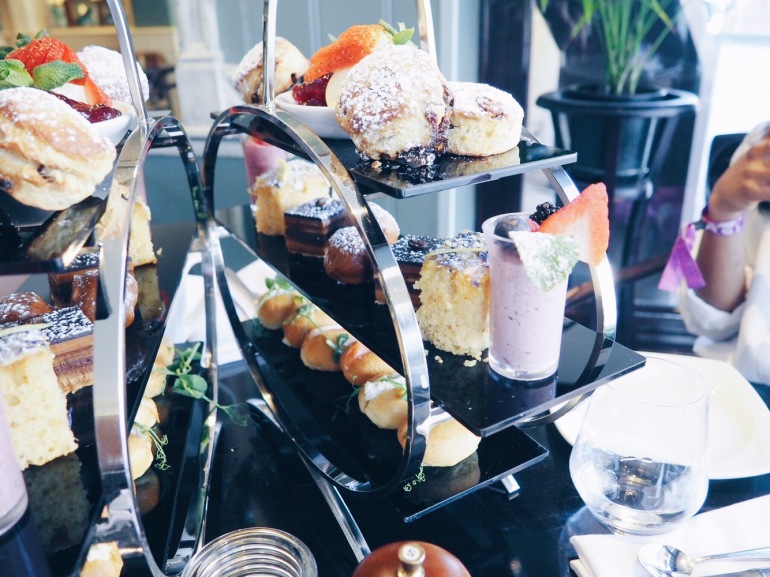 The brioche rolls were beautiful and I particularly liked the smoked salmon. I’d say that I could barely taste the avocado in the chicken ones (was there any there?!) and, in general, there should have been more rolls on offer since each person only got a total of three and they are tiiiny.

Moving onto the desserts… I started with the mousse and worked my way inwards. The mousse was really, really good and had just the right texture and flavour: light and fluffy. The tea cake was gorgeous, so moist, great flavour and went very well with my tea 😉
Julia didn’t think much of the opera cake because she doesn’t really like coffee flavour and Charithra didn’t have much to say on it either. The cake was nice and tasted reasonably okay, though I wasn’t a big fan. The one thing we were all able to agree on was the salted caramel profiteroles. They were b-e-a-u-t-i-f-u-l and there should definitely have been more than one per person?! They were just so, so good. And finally: the scones. I’m never one to say no to scones (love of my life) and, while these were enough to satisfy me, they could have been full-sized rather than miniature.

Tasty food, a nice atmosphere and lovely staff – the best afternoon tea I’ve had so far in Oxford!

My verdict? The Afternoon Tea offered at Browns is a little pricey for what you get (£13.50 each) compared to other tearooms and restaurants offering the same. Nevertheless, the quality of the food is spot on and although the brioche rolls and scones were mini versions, this didn’t spoil the flavour and they still tasted great. Oxford’s branch of Browns is far enough away to escape the Oxford bubble and allowed me and my friends to relax, socialise and enjoy the food in a calm environment. I’d like to give a huge thank you to Browns for having us.

disclaimer: I was offered complimentary afternoon tea for four in return for a review but, as always, all opinions are honest and entirely my own.

Don’t forget to follow me on social media for more updates!

0 thoughts on “Afternoon Tea with Browns”