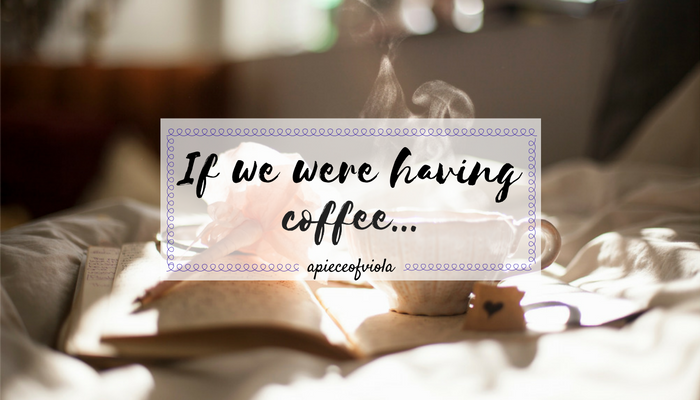 If we were having coffee, the first thing I would tell you is that I hate seeing my last three blog posts being this feature because – to me – it just shows that I haven’t been putting in the effort I want (and should) be doing, sighhhh. But that’s all about to change! I have a ton of blog post ideas and I’m going to be doing a whole volunteer series about my two months in Chengdu. I’m also thinking about doing travel-guide-type posts and tips+tricks etc! More Australia/Bali posts will be coming but for now I want to focus on things that have happened more recently.

If we were having coffee, I would tell you that I had to say goodbye to my students last week. After having taught them for two months, it was really sad to leave them. The last two weeks were where I felt the barrier between us had been completely broken down and I was at last beginning to form close relationships with the students. I was finally beginning to see their personalities and they were coming out of their shells. It’s only been a week but I really, really miss them. I miss them so much that I’m actually planning a crazy, crazy, crazy five-day trip to see them (in-between studying Mandarin intensively – but more on that in the next point!) which involves two 18+ hour train journeys…

If we were having coffee, I would tell you that I’m back at the intensive Mandarin school just outside of Beijing again! I was here for a month in Feb-March and felt my progress rapidly increased. Mandarin is tough and it’s hard work but I’m determined to get better and better and better. I also started watching a Chinese TV drama 《欢乐颂 》to improve my Chinese (I watch without English subtitles, only Chinese ones) so it does take me a while to get through a forty-minute episode.

If we were having coffee, I would tell you that I’m staying in another homestay and this one has the most adorable three-year old. I’ve spent most of my week playing with her and she always comes into my room to see me. She’s successfully learnt and remembered some English words too: hello 你好, thank you 谢谢, I 我, panda 熊猫, key 钥匙 and water 水.